MAPping Out a Bacterial Attack on Crohn’s Disease

“Understanding Crohn’s disease is not rocket science — It is far more complex,” says microbiologist John Aitken, director of biodiscovery firm Otakaro Pathways. I should know; I was diagnosed at 8, though many with Crohn’s are diagnosed later.

Crohn’s causes inflammation in the digestive system and affects about 700,000 people in the US alone. If you find it hard to picture, imagine a stomach flu that doesn’t go away.

While there are many treatments, effectiveness varies, which doesn’t bode well for people with chronic illnesses. For example, I’ve been on three drugs. Two worked for a few years but eventually stopped working. Even when I’ve achieved “remission,” symptoms are ever-present, although less severe. Some patients whose disease is worse than mine don’t respond to treatment at all, forcing them to have intestinal tissue removed surgically.

Crohn’s is a medical mystery. The cause is unknown, and the field is rife with debate about treatment. The limitations of available treatments have inspired researchers like Aitken to look for something better — something that actually treats the underlying causes of the disease. Interestingly, research into a condition in livestock called Johne’s disease, has informed research on Crohn’s. Johne’s affects up to 68% of dairy herds. In the 19th century, scientists found that the condition, characterized by symptoms identical to those of Crohn’s, is caused by infection with a bacterium in the same family as Tuberculosis, Mycobacterium avium subspecies paratuberculosis (MAP). 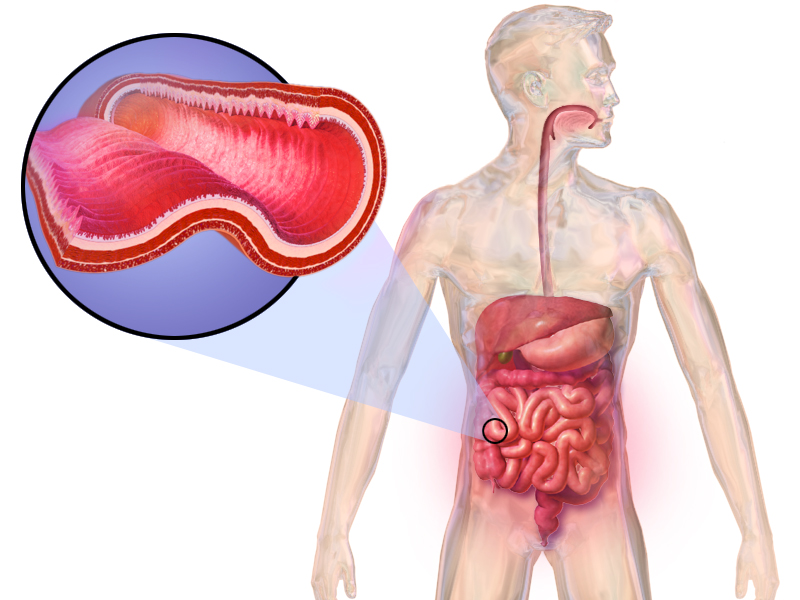 Most researchers studying MAP criticize the mainstream belief that Crohn’s is primarily influenced by the immune system. Aitken proclaims, “An autoimmune disease that doesn’t occur until you’re 40 or 50 — there’s gotta be something other than the body attacking itself, there has to be a trigger. What’s the trigger? MAP.” An autoimmune disease occurs when the immune system attacks healthy cells. Although many assume Crohn’s is autoimmune, it has not been proven to be.

In the 1980s, microbiologist Rodrick Chiodini, at the time a University of Connecticut PhD student, speculated MAP may cause Crohn’s and successfully isolated MAP from three patients with Crohn’s symptoms. Further studies have shown that Crohn’s patients are infected with MAP at a higher rate than non-patients, but not all Crohn’s patients tested positive for MAP. These findings led Dr. Chiodini to make a revolutionary assertion: What is commonly referred to as Crohn’s Disease is probably a set of inflammatory bowel diseases with similar symptoms but different causes. As innovative as his work was, it did not prove that MAP causes Crohn’s; rather, it showed an association. “Somebody smarter than me needs to figure out how to prove causation,” Chiodini reflected recently.

Studies indicate that people with Crohn’s commonly have certain genetic mutations, and some researchers hypothesize that the mutations compromise our ability to ward off infections. As a result, bacteria colonize the digestive tract causing inflammation.

Because MAP is a bacterium, scientists are looking at possible ways to eliminate it with antibiotics. Researchers, including Aitken, tout the benefits of anti-MAP therapy, a combination of antibiotics used to treat MAP infection. Aitken cites 80-90% effectiveness of anti-MAP regimens; however not everyone in the field agrees. In an attempt to discern the effectiveness of treatment more precisely, Aitken developed a rapid, accurate method of detecting MAP infection in humans that he thinks will enable doctors to be confident anti-MAP therapy is actually targeting MAP and not other bacteria.

The treatment’s potential has prompted a company called RedHill Biopharma to conduct a large-scale clinical trial investigating the effectiveness of anti-MAP drugs. When asked for predictions about the trial, Aitken responded, “There will be a statistically significant [i.e., meaningful] number of patients that respond to treatment.”

Despite hopeful expectations for the trial, MAP researchers are skeptical that the research won’t catch on as it should. Aitken fears, “The historical significance of the trial — no one will understand that.” Why? Although the anti-MAP drugs may prove to be effective at treating Crohn’s, it is hard to demonstrate that the antibiotics targeted MAP specifically. Regardless of the results, the question will still loom: is MAP actually a cause of the disease or simply a bystander in it? The hope is that promising trial results will prompt more research into causation vs. correlation.

In the complex world of Crohn’s, the causation vs. correlation debate isn’t the only factor contributing to a lack of attention for promising research like MAP. Public awareness of Crohn’s is relatively low, probably as a result of the disease’s embarrassing nature. With so many different fields of research trying to figure out the cause of Crohn’s, funding is also an issue.

But in spite of dynamics surrounding Crohn’s research, Aitken is optimistic. He urges patients to be “your own advocates” since the research will not speak for itself. In the 21st century, thanks to the internet and the access to medical research it provides, we patients have more power to influence treatment options and research than ever before.

It’s clear that when it comes to Crohn’s, one size does not fit all. MAP may not be the only answer, but it appears that MAP-related approaches have the potential to treat or even cure the disease. Though the precise nature of the MAP/Crohn’s link unclear, we patients argue that it’s time to move forward. Assuming that the data legitimize MAP research, it’s only a matter of time before MAP research gains traction.

Aitken foresees that patients will play a critical role: “It will come, but it needs to be a popular movement.”

John Aitken is a microbiologist based in New Zealand. He became interested in Crohn’s after a scare with Crohn’s-like symptoms at the age of 23. As the Board Director of Otakaro Pathways, a research organization in New Zealand, Aitken developed a test to identify MAP in patients’ blood and has since been a crucial advocate for MAP research. He is driven by what he calls “Crohn’s mothers” — the distressed parents of kids who have Crohn’s.

Dr. Rodrick Chiodini pioneered research into the association between Crohn’s and MAP in the 1980s as a researcher at the University of Connecticut and has been a key player in Crohn’s research and advocacy ever since. MAP research likely wouldn’t exist if not for Rod’s dedication.

This article was written by Thomas Rudd. As always, before leaving a response to this article please view our Rules of Conduct. Thanks! -cSw Editorial Staff

Hello! My name is Thomas Rudd and I am a senior at Morristown High School (NJ). In my free time I mountain bike, read, and ski. This is my first year writing for cSw and it has been a great experience. Although I’m not sure If I will go into a STEM field in the future, connecting people to the scientific process is very important to me. I am interested in hearing your thoughts on the article. Thanks for reading!