25 years… It can take up to 25 years before symptoms of Alzheimer’s disease become obvious, and by then it is too late to prevent its devastating effects. It is estimated that currently 5.7 million Americans are living with Alzheimer’s, and that number could reach 14 million by 2050. Every 65 seconds someone will develop the disease, and yet after decades of research a cure remains elusive.

With the increasing need for early detection of Alzheimer’s, Dr. Maya Koronyo-Hamaoui, head of the Alzheimer’s research laboratory at Cedars-Sinai in California, pioneered a discovery that revolutionized the detection of Alzheimer’s and other forms of dementia. Her team found that the amyloid-beta protein prevalent in the brain of Alzheimer’s patients is also present in the retina. “People thought pathological changes were just restricted to the brain,” explains Dr. Koronyo-Hamaoui. ”[My team has] shown that you can actually find it in the back of the eye in an organ that is part of the brain.” The brain can’t be scanned because it is shielded by bone, but the retina is in an accessible location.

Consequently, Dr. Koronyo-Hamaoui and her team developed a retinal scan to detect Alzheimer’s disease before symptoms are present. The scan is the first way to determine the presence of the beta-amyloid protein noninvasively. Dr. Koronyo-Hamaoui mentioned that this scan could be useful in diagnosing other dementias. In the live rodent models with Alzheimer’s, the scan showed accumulation of the beta-amyloid protein, providing further evidence of the scan’s potential in diagnosing the disease in humans. 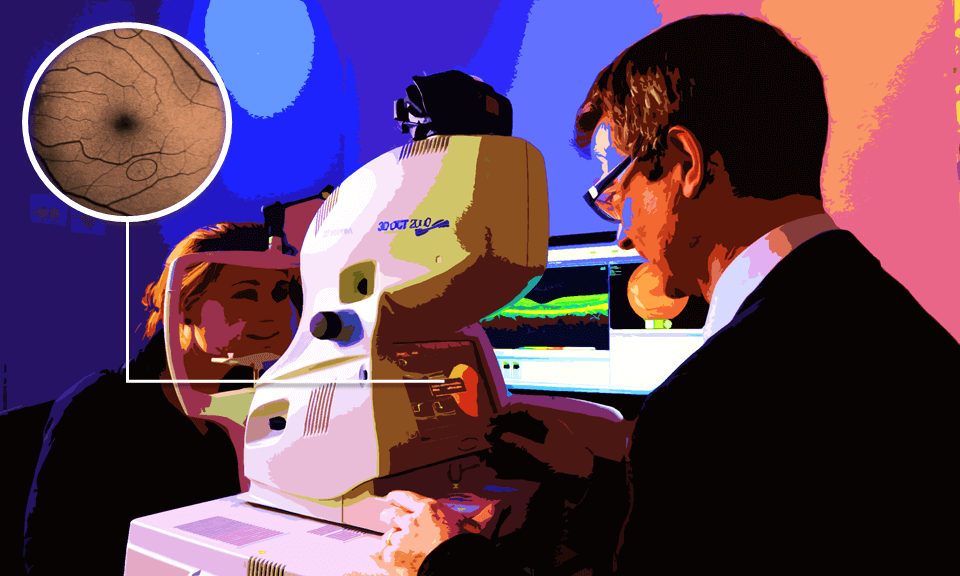 However, scans like these have their drawbacks. It is normal to have beta-amyloid proteins in the brain. The accumulation of the protein is an indicator of Alzheimer’s, but not everybody with accumulation develops the disease. There is a chance of predisposition, but much like other diseases, Alzheimer’s will result only in a handful of these people. It may be possible to combine information from retinal scans with other risk factors, but this strategy must be explored further.

Dr. Koronyo-Hamaoui expressed that the retinal scan is one of the first steps necessary to finding a cure for Alzheimer’s and other forms of dementia. “You want to identify the changes — the pathological changes — as soon as possible and prevent them from occurring,” says Dr. Koronyo-Hamaoui. “The possibility of early intervention and prevention of disease that is as chronic and complex as Alzheimer’s is the greatest opportunity to make a real difference for millions of people.”

The earlier Alzheimer’s is diagnosed, the sooner researchers can start studying the course of the disease and developing a cure. We know a lot about Alzheimer’s, but most of the information has yet to bring us closer to a cure. The retinal scan could be the key to discoveries that advance understanding and lead to treatments decades before symptoms appear.

Dr. Maya Koronyo-Hamaoui is an associate professor in neurosurgery and biomedical sciences and head of the Alzheimer’s disease research laboratory at Cedars-Sinai. Her work focuses on Alzheimer’s disease and includes diagnostic biomarkers, monitoring biomarkers, and therapy approaches in addition to studying the retina and developing the retinal scan. She is currently working on linking the amyloid-beta protein to retinal abnormalities and visual problems.

This article was written by Lasya Balachandran. As always, before leaving a response to this article please view our Rules of Conduct. Thanks! -cSw Editorial Staff