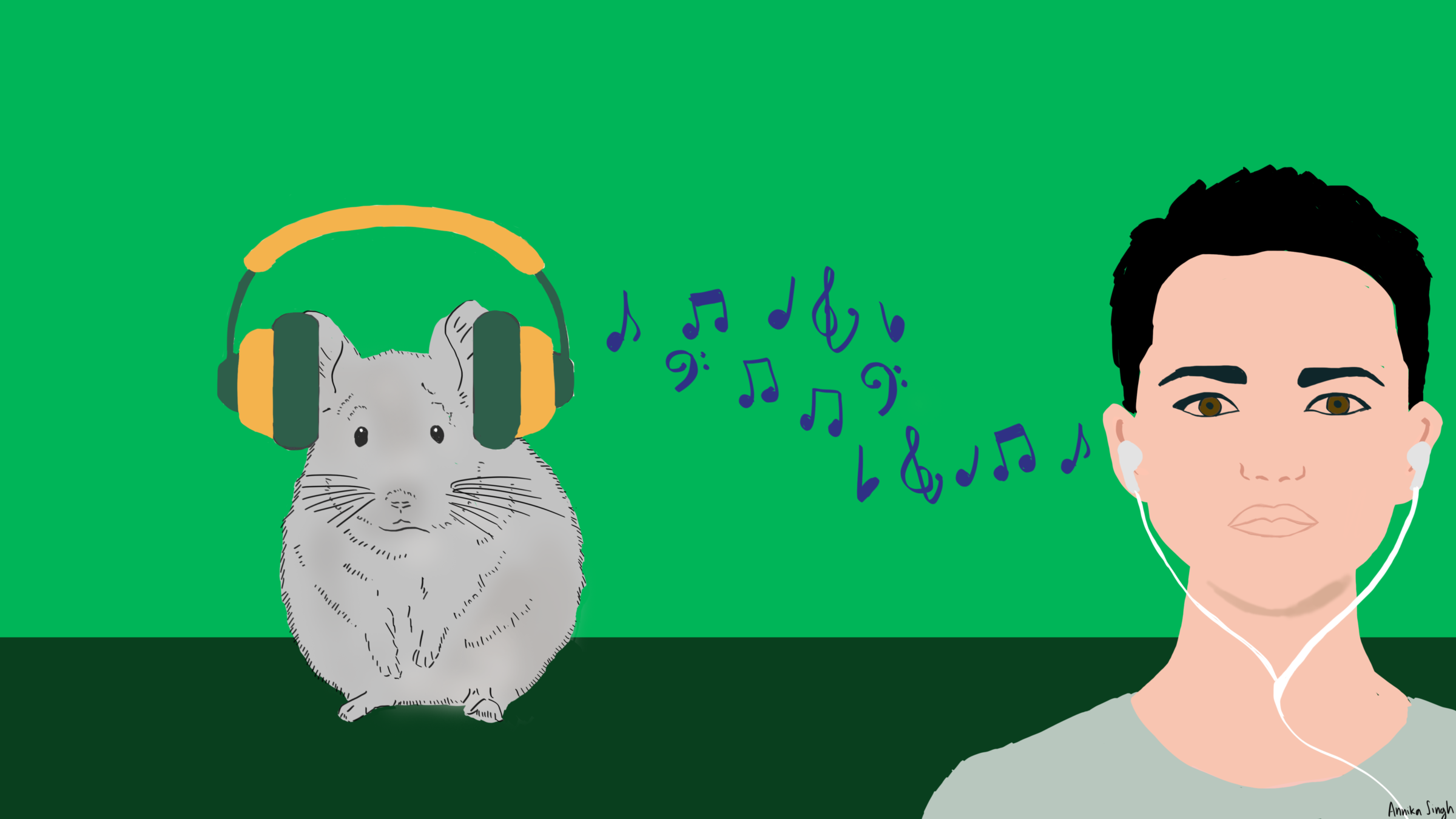 Hearing is a complicated process. To help decode how we hear and the issues that can occur within the ear, researchers have been studying chinchillas for over 50 years.

Chinchillas hear similarly to the way in which humans do, making them great models for researchers to use. For instance, these furry animals have similarly-sized ear structures and their hearing range is fairly close to that of humans. Chinchillas can also be trained with auditory stimuli that are relevant to humans and they have a calm nature that allows scientists to take measurements on them from all levels of their auditory systems.

Conductive hearing loss occurs in the middle or outer ear when sound waves are not able to travel to the inner ear. This happens when the ear canal is blocked with wax or due to bone abnormalities. For instance, there are diseases like superior canal dehiscence in which there are natural breaks in the bony covering in the semicircular canals of the inner ear. This causes some of the sound to get to the cochlea (an inner ear structure that serves as the ear’s main sensor) but “leak” out.

One researcher studying these topics is Dr. John Rosowski, a comparative physiologist and Co-Director of the Wallace Middle-Ear Research Unit at Mass. Eye and Ear. He studies the relationship between the structure and function of the middle and external ear. According to his research, introducing holes into the bony inner ear causes dramatic changes in the hearing of chinchillas. As a result, the amount of sound delivered to the inner ear decreases, preventing this sound from traveling to the brain via the auditory nerve.

Chinchillas were the first animals to be tested for superior canal dehiscence and research on them has helped scientists learn how to treat the disease in humans. For instance, surgical procedures now exist that allow doctors to fix breaks in the inner ear bone.

Furthermore, while conductive hearing loss occurs in the middle and outer ear, sensorineural hearing loss takes place when the inner ear or auditory nerve is damaged. One of the most common types of this hearing loss is noise-induced hearing loss (NIHL), which is caused by excessive exposure to loud noises, especially to sounds over 80 decibels (dB).

Loud noise can damage the cochlea by overworking the hair cells in it that transmit auditory information. This causes them to splay, which breaks the linkages between them, rendering them unable to transmit sensory information. Since mammals cannot regenerate these hair cells, this damage is irreversible.

Similarly, loud noise can also damage the auditory nerve, but this damage is harder to spot because it doesn’t affect hearing test results. Instead, it makes it difficult for a person to understand and distinguish between sounds in loud environments.

Currently, there are no medical treatments available to fix hearing loss related to damage in the inner ear, like noise-induced hearing loss, a permanent condition that can only be countered with devices like cochlear implants. This technology consists of external sound receivers and small microchip computers and it directly stimulates the auditory nerve in the inner ear. While this gives those with hearing loss in the inner ear the general ability to hear sound, it does not necessarily help them to distinguish between individual noises.

However, even these implants have their limitations. As Dr. Rosowski notes, cochlear implants are only useful if hair cells are absent but there is a way to get sound information back to the nerves. “If you don’t have any nerves,” he says, “then the cochlear implant will do nothing for you.”

Bone conduction is also useful in clinics, where doctors use bone conduction headphones to bypass the middle ear to determine the health of the inner ear. This is particularly useful in cases of mixed hearing loss when it is unclear whether the issue is more in the inner or middle ear. In this case, sensors are placed on the back of the ear, and bone vibrations are analyzed to determine problem areas in the ear.

However, Dr. Rosowski notes, conductive hearing loss can still be very extreme. He explains the importance of the smallest bones in the human body, three bones in the middle ear called the hammer (malleus), the anvil (incus) and the stirrup (stapes) that are together known as the ossicular chain. He notes, “If there is a break in the ossicular chain, even if everything else is normal, you can have very severe hearing loss and become almost entirely dependent on bone conduction.”

To learn more about the middle ear, researchers, including Dr. Rosowski, have created a device that uses optical coherence vibrography (an imaging tool that allows researchers to visualize tiny movements of part of the body like the ear) to help visualize how sound-induced vibrations travel in the ear. Historically, surgery has been needed to observe the middle ear, but this device has allowed for the simultaneous measurement of the structure and motion at over 10,000 points on the bone surface and eardrum of chinchillas’ ears. This is a huge improvement from the 30 points that have been measured in previous sound vibration studies as it gives a much clearer picture of what is actually going on in the ear.

For now, this device has only been used on chinchillas, but scientists are planning to study human cadaver ears to find out if the observations made in chinchillas also occur in humans. If so, this could be a major breakthrough in the future of technology for hearing loss diagnosis and treatment and hopefully, more people would be able to get the help they need.

“How Do We Hear?” National Institute on Deafness and Other Communication Disorders, Last updated 03 January 2018, https://www.nidcd.nih.gov/health/how-do-we-hear.

“How Does Loud Noise Cause Hearing Loss?” Centers for Disease Control and Prevention, https://www.cdc.gov/nceh/hearing_loss/how_does_loud_noise_cause_hearing_loss.html.

John J. Rosowski, Ph.D., is a Professor of Health Sciences and Technology at Harvard Medical School and the Co-Director of the Wallace Middle-Ear Research Unit of Massachusetts Eye and Ear. He studies the relationship between the structure and function of the middle and external ear and is working towards improving the diagnosis and treatment of conductive hearing loss.

Spencer is a junior at High Technology High School in New Jersey. This year, he is a writer and social media team manager for Curious Science Writers. He joined the cSw program because he believes it is crucial to educate the general public about different scientific topics, especially those relevant to their lives. He wishes to help make such information accessible for anyone who is interested as it could help people make informed decisions and prevent misinformation from spreading. Besides science communication, Spencer enjoys reading, playing guitar, programming and participating in politics.