Investigating the Health Risks of Vaping

With flavors ranging from cotton candy to gummy bears and shapes resembling flash drives and car keys along with the ability to perform tricks, it’s easy to understand the temptation of vaping. However, the same vapes being used to make ring clouds contain high levels of toxic and inflammatory substances. So what does this mean for the teenage population, which saw a 1,800% increase in vape usage between 2011 and 2019?

Although many youth know vaping is harmful, social media has spread myths, such as the claim that users are simply inhaling water vapor. To make matters worse, vaping supply makers have been accused of targeting teens. Their ads portray happy teen vape-users and discreet vape pod designs that replicate school supplies like highlighter markers. With the exploding popularity of vaping, researchers have set out to identify the neurological impacts on the teenage brain. Let’s take a look at some of the long-awaited answers to this burning question.

Diving Into The Issue

To begin with, vapes are electronic devices used to inhale the vapor from a flavored liquid containing nicotine and other toxic substances. These devices were initially marketed under the claim that they help cigarette users overcome their addiction. Some even claimed they were quite useful in these cases. So why is vaping considered so dangerous it has been deemed an adolescent health epidemic?

As the teenage brain is still in its early stages of growth and development, it is easily influenced by highly addictive chemicals like nicotine.

“It’s unfortunate that a whole generation of teenagers are basically guinea pigs for the effects of nicotine in the brain,” remarked Dr. Frances Leslie, professor of pharmaceutical sciences at the University of California, Irvine. By taking a look at how nicotine affects the adolescent brain in animal studies, there are some key takeaways to help us get to the bottom of this poorly understood concept.

As Dr. Leslie explains, their studies showed “The teen brain is uniquely sensitive to nicotine and produces both neurochemical and behavioral changes in the teen brain that it doesn’t in adults.”

Their findings showed nicotine causes inflammation in the teenage brain as it activates cells called microglia. When microglial cells are influenced by nicotine, the brain’s dopamine system, which dictates desire, reward and impulse behaviors, becomes even more sensitive to the chemical. Notably, the rewarding effects of other commonly-abused substances are also increased. 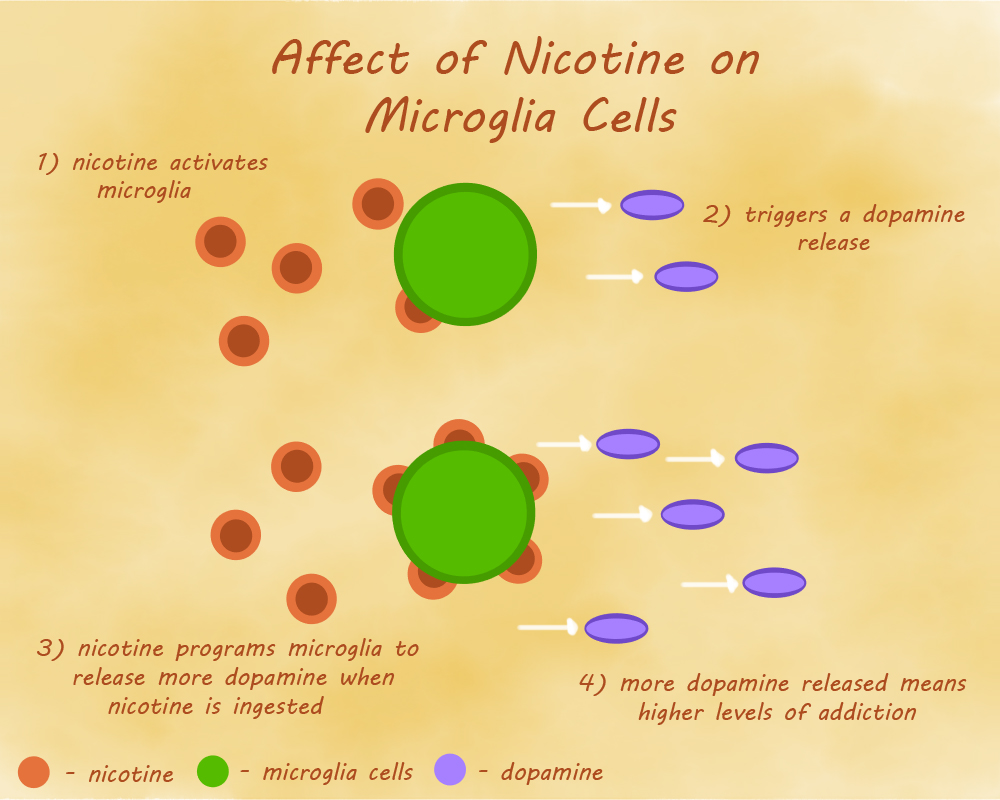 What’s worse, the wide variety of tempting vape flavors now available may offer a dopamine boost themselves. With rising concerns about the impacts of nicotine vapes, a significant population of vape-users have moved to non-nicotine e-liquids. Even with this new trend, tremendous health risks persist due to the remaining toxic chemicals and additives.

We are just beginning to understand the extent of the health risks, including links to cardiovascular and respiratory disease, likely caused by vaping. Additional research is therefore required to protect the health of current and future generations.

Dr. Frances Leslie is a neuropharmacologist and professor of pharmaceutical sciences at the University of California, Irvine. Her studies focus on the effects of drugs of abuse on the developing brain. Her current research entails the use of molecular biology and animal behavior to understand drug responses during adolescence. This research will lead to a better understanding of the effects of drugs on developmental mechanisms in the adolescent brain.

“Big Tobacco Is Back with a New Way to Addict Kids.” Campaign for Tobacco-Free Kids,   www.tobaccofreekids.org/juul.

This article was written by Vaishnavi Kode. Vaishnavi and the cSw student editing team would like to thank Charles Blue for serving as a mentor on this story. Charles is the Director of Media Relations and Public information at the Association for Psychological Science. As always, before leaving a response to this article please view our Rules of Conduct. Thanks! -The cSw Editorial Team