Take a look at your pinky. That finger is the size of new biotechnology that could provide insight into medical conditions, improve laboratory testing, streamline drug candidate screening, and help commercialize personalized medicine. Hard to believe a tiny chip can represent human organs? Just keep reading. 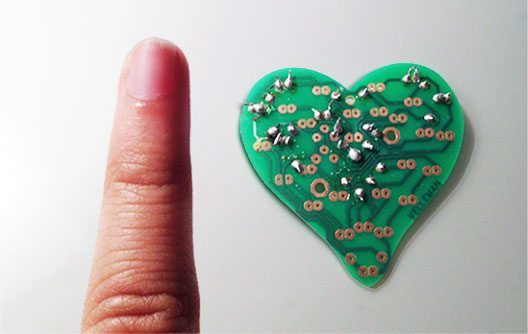 Organs-­on­-Chips, also known as Homo chippiens, are mini models of human organs. These two-inch microchips are not actual organs; instead, they recreate the basic functions of an organ using artificial materials in the simplest way possible. “We’re not engineering whole organs, we are trying to distill down the minimal design determinants that…provide organ level functionality,” says Dr. Don Ingber of Wyss Institute for Biologically Inspired Engineering at Harvard. Dr. Ingber and his team are at the forefront of this technology and have successfully modeled organs such as the lung, liver, and bone marrow.

Because of their functional similarity to life-size organs, Organs-on-Chips make it easy to create models of both diseased and healthy organs and observe drug-induced organ processes.

Skeptical? Let’s take a look at a real-life application of Organs-on-Chips.

Interleukin 2 is an FDA-approved drug that is used to treat kidney and skin cancer and has a nasty side effect of pulmonary edema, a condition in which fluid leaks into the air sacs of the lung. This complication limits the dose of Interleukin 2 a patient can tolerate, and thus the benefits of the medication. Researchers previously thought that a particular type of immune cell was the problem, but after testing on the lung­-on-­a-­chip, they learned that breathing motions contributed more to the condition and that another existing drug might help solve the problem.

Organs­-on-­Chips may also provide a more effective alternative to traditional petri dish cultures and animal testing in laboratories. “Petri dish cultures don’t look like anything like organs in terms of functionality,” says Dr. Ingber, “…animals have totally different physiology than humans, and often you’re using healthy animals instead of diseased humans.” With Organs-on-Chips, scientists are able to use accurate models of both healthy and diseased human organs as a new platform for research.

But that’s not all. Pharmaceutical companies have saved millions of lives by neutralizing biological threats such as measles, smallpox, and influenza. However, developing a single drug requires lots of time and money- approximately 10-12 years and 2.6 billion dollars. Organs­-on-­Chips can streamline this process by screening proposed and existing drugs on chips to model their effects on normal organs. Cells can also be obtained from a target patient or group of patients and tested on a set of Organs­-on­-Chips that are unique to the patients. The synthesized drugs can then be tested on the same group of patients. In this way, Organs-on-Chips also set the stage for personalized drug development by stimulating specific organs and circumstances. Imagine, instead of studying a generic lung-on-­a-­chip, researchers examining your own Lung­-on-­a-­Chip.

Recently, my grandmother suffered an aortic rupture- a breakage of the largest blood vessel in the body. She was hospitalized and even after taking painkillers for several weeks, she still has trouble eating and exercising. Today, I wonder if my grandmother’s condition, and others like it, could have been avoided with more accurate and efficient scientific research using Homo chippiens.

This article was written by Joshua Yoon. As always, before leaving a response to this article please view our Rules of Conduct. Thanks! -cSw Editorial Staff