Turn Back The Clock! – Did Scientists Just Discover The New Fountain of Youth?

Home » Bioscience » Turn Back The Clock! – Did Scientists Just Discover The New Fountain of Youth?

According to myth, the Fountain of Youth reverses the aging process of someone who drinks or bathes in its water. Juan Ponce De León, a 16th century Spanish conquistador, spent his entire life searching in vain for this mysterious spring. Recently, 21st century scientists found a molecular alternative.

But in order to understand this solution, you have to understand the basics of aging. Imagine you had a shovel and every time you dug a hole, the handle of the shovel became shorter. Eventually, you would run out of handle space and the shovel would become useless. Likewise, every time a cell divides, a part of the cell’s DNA called a telomere becomes shorter. After the cell divides enough times, the telomeres become so short they can no longer hold the DNA together. Though this process is considered normal in aging, telomere shortening can lead to diseases such as Parkinson’s disease and lung disease.

Dr. John Ramunas, post doctoral fellow in the laboratory of Dr. Helen Blau at the Stanford University School of Medicine, discovered that telomeres can be elongated by delivering modified mRNA, another molecule like DNA, that contains TERT – telomerase reverse transcriptase, a subunit of telomerase – to a cell.

Telomerase is a protein present in stem cells and cancer cells, but not average body cells. This protein keeps telomeres from becoming shorter when the cell divides. As a result of telomerase, cancer cells can divide indefinitely without dying – making them dangerous and tough to fight. However, using TERT mRNA, telomerase activity can be increased in normal cells for up to 48 hours, allowing telomeres to grow sufficiently to reverse over a decade of telomere shortening. 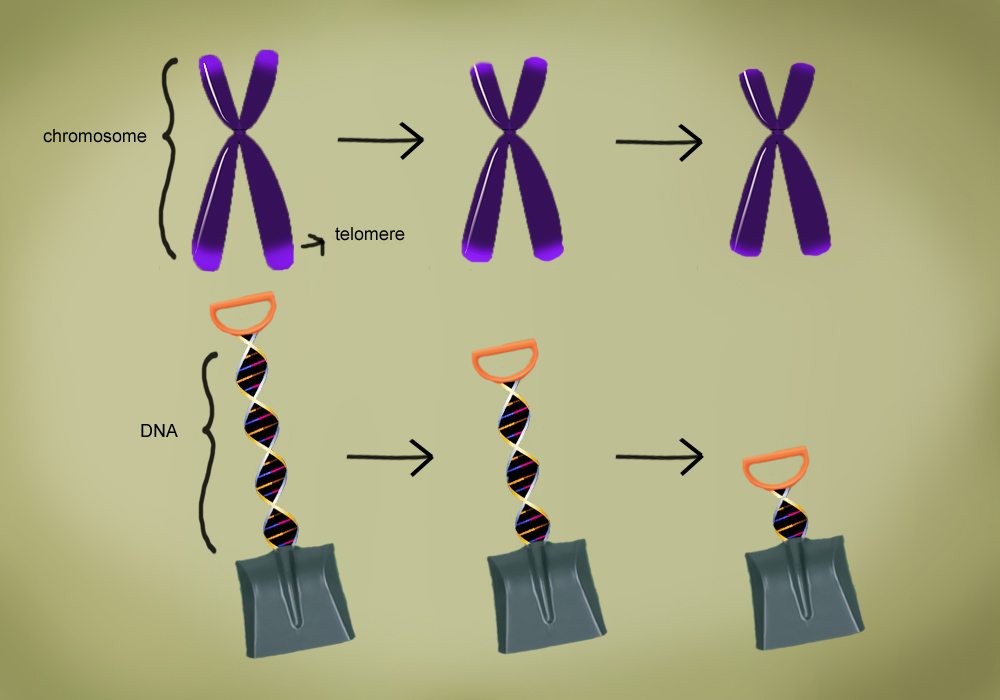 “We are currently in the process of translating this approach into cell therapies and treatments for diseases caused by telomere shortening,” says Dr. Ramunas. This discovery can be applied to “combat aging, fight cancer, and improve the quality of other types of medical treatments such as skin grafts for burn victims, bone marrow transplants and heart disease.”

So take that, Juan Ponce De Leon. These scientists have essentially found a way to turn back the aging clock — a modern day Fountain of Youth.

Special thanks to Dr. Ramunas who patiently explained to me in detail the focus of his research, the implications to the understanding of telomeres and the aging process, and the potential applications for advancing medicine.

Read more about this subject-

You may have more control over aging than you think, say ‘The Telomere Effect’ authors

This article was written by Akansha Khurana. As always, before leaving a response to this article please view our Rules of Conduct. Thanks! -cSw Editorial Staff

Hello and welcome to the Curious Science Writers! I am Akansha Khurana, a junior at Biotechnology High School. This is my second year as a cSw writer and I hope to continue writing for cSw for years to come. In the future, I would like to pursue a career in biomedical engineering. Additionally, I am a Rutgers Environmental Steward, a viola player for the Manalapan Youth Orchestra, and a disciple of the indian classical dance: Bharatnatyam. Curious Science Writers is already a nationally recognized organization and I hope to contribute to cSw’s growth and the general public’s knowledge of complex science topics through my writing.