Ferreting Out Treatments for SARS

As Dr. Carlo Urbani lay in his bed coughing and gasping for air, he thought about the disease that he had fought so hard to stop from spreading; the one that was now taking his life away. He flashed back a month to February 28, 2003 when he got an unusual phone call at the World Health Organization (WHO). The frantic caller from the French Hospital of Hanoi (Vietnam) needed a consult at once.

The first patient Dr. Urbani saw was Johnny Chen, a 48-year-old American-Chinese businessman presenting with high fever, chills, headache, and a poor appetite. His respiratory damage became severe enough for him to be put on a ventilator, and not long after, he died. The ailment had already spread rapidly throughout the hospital, rendering several staff members ill and unable to do their job (“Chronology of a Serial Killer,” 2014). Urbani recognized that what he faced was clearly not another simple flu outbreak; this was something bigger and more dangerous.

" from World Health Organization]” width=”407″ height=”255″ /> [Graphic by Staff Illustrator; “Cumulative Number of Reported Probable Cases of SARS, July 2003” from World Health Organization]
Urbani originally thought that this outbreak might be avian influenza, but soon he spotted some key differences, such as the presence of an incessant and uncomfortable-sounding dry cough. He spent the next several days implementing policies and warning others of the dangers of this unknown ailment. He saw to it that the WHO was informed of the severity and virulence of the illness; the hospital was quarantined; samples were sent for analysis, and he carefully documented his specific, ever-evolving findings about the case (“Chronology of a Serial Killer,” 2014).

By the end of March, Urbani too had died from the disease we now know as Severe Acute Respiratory Syndrome-Corona Virus (SARS-CoV).

SARS, like many other viruses, including the common cold, is caused by coronavirus (“SARS,” 2013). Patients infected with SARS initially present with a week of flu-like symptoms followed by atypical pneumonia that can then progress to severe respiratory failure. Because SARS is such a new virus, there is a lack of established protocol as well as limited information, leaving the death rate at about 10 percent (“Severe Acute Respiratory Syndrome,” 2013).

SARS is thought to have originated in Chinese horseshoe bats and passed to humans through other intermediate hosts. Once infected, humans rapidly spread SARS to each other through respiratory secretions, making this the most important and detrimental aspect of the virus (“SARS,” 2013).

Dr. Urbani died simply because there was no treatment. 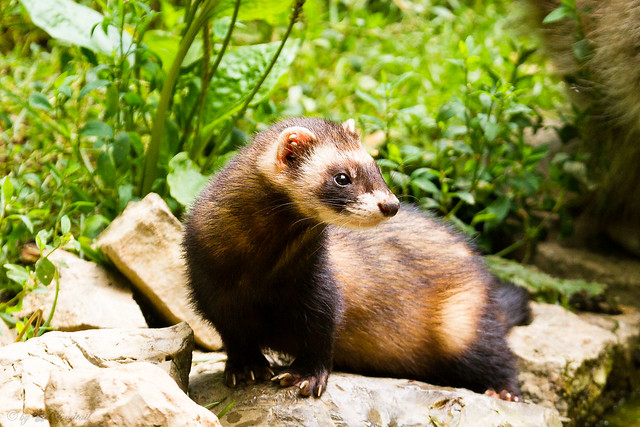 The study of ferrets has been instrumental in the efforts of researchers to uncover viable treatment options for SARS. Due to the similarity of the lung physiology of ferrets and humans, researchers have been using the ferret model for research into the influenza virus. In recent years, scientists have discovered that ferrets are able to contract SARS. The disease is able to replicate efficiently in the respiratory tracts of ferrets just as it does in that of humans. Ferrets can transmit the disease to other animals, but there is still some question as to whether the disease can be transmitted from ferrets to humans (Belser, Katz, Tumpey, 2014). The use of ferrets as a SARS model is critical to developing a vaccine and effective treatment options, ensuring that the heroic efforts of Dr. Urbani were not in vain.

This article was written by cYw29. As always, before leaving a response to this article please view our Rules of Conduct. Thanks! -cYw Editorial Staff

Hi! This is my first time writing for cYw. I am a senior in high school and I have had an intense curiosity about science since I was a child. Through cYw, I am learning to pair this passion with my love for writing and editing creative short stories and poems. I am currently enrolled in AP Bio, and I am the editor-in-chief of my school’s literary magazine. I am really fascinated by genetics and the science of inheritable conditions as well as epidemiology, the study of infectious diseases. I would love to possibly study animal pathology and creative writing in college. In addition to writing and studying science, I really enjoy being a captain of my Varsity field hockey team. Thank you for checking out this site; please read my article! I hope you enjoy it!!