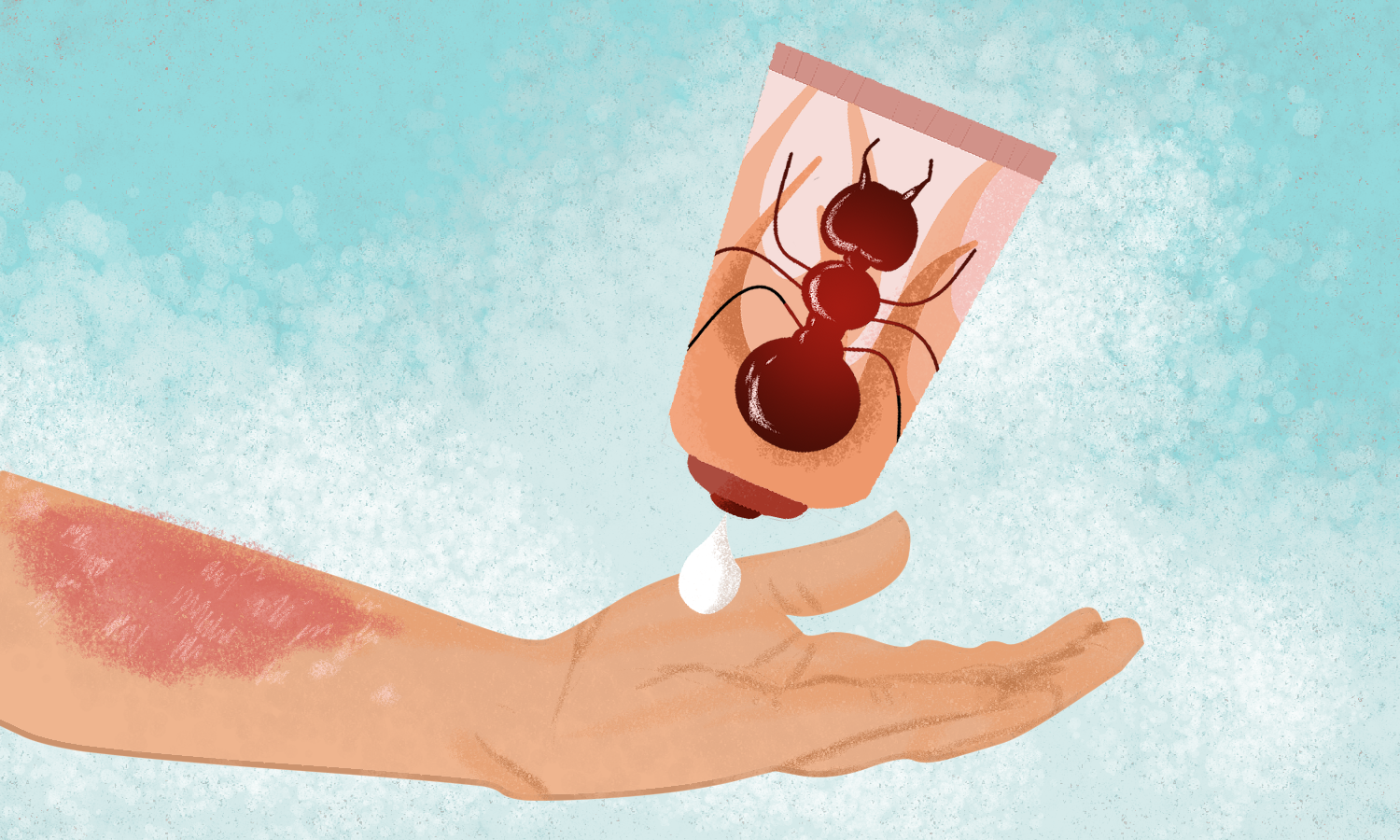 When you think about celebrities, psoriasis – a disease with both physical and mental repercussions – is likely not the first thing that comes to mind. Psoriasis affects more than 125 million people worldwide, including stars like Kim Kardashian and Art Garfunkel. Because it’s so common, one would expect to see greater levels of awareness. There are a few quick fixes, but there is still no stable, long-term solution. However, a 2017 study has put this long standing notion in question.

So what is psoriasis? It’s an autoimmune disorder. This means your own immune system and the cells that are supposed to fight diseases end up attacking your body. In the case of psoriasis, the immune system targets the skin. These attacks shorten the time it takes for skin cells to mature from one month to a few days, increasing the number of cells traveling to the surface of your skin. This is a significant problem because there are already enough healthy skin cells already on the surface. The result? The top layer of skin becomes bumpy and covered with red scales.

Around half of the outer layer of our skin is made up of oily molecules called ceramides. Akin to cake icing, this oily substance holds skin cells together and gives the surface its smoothness. Because of ceramides’ important role in maintaining the skin barrier, it seems beneficial in ameliorating the symptoms of psoriasis. However, directly applying the “icing” as a treatment for psoriasis may be harmful. Ceramides may get converted into a chemical called S1P (Sphingosine-1-phosphate), which causes further inflammation of the skin. Instead, scientists came up with the idea to use a substance called Solenopsis invicta, or solenopsin. Solenopsin has a very similar chemical makeup to ceramides, but differs in one thing: it cannot be converted into S1P.

Solenopsin is found abundantly in our sometimes not-so-friendly animal neighbors, fire ants. Doubtlessly, fire ant venom is extremely harmful when applied to the skin in large quantities. So, Dr. Jack Arbiser, M.D., Ph.D., and his team from Emory University are collaborating with Dr. Nicole Ward, B.Sc., M.Sc., from Case Western Reserve University to develop a less harmful version of fire ant venom that could provide an effective treatment for psoriasis.

To test this theory, the researchers produced a version of solenopsin in the laboratory. They then applied a skin cream containing 1% of the substance to mice with a form of psoriasis. After 28 days of treatment, the mice showed fewer symptoms. Their skin inflammation decreased by around 30% and the level of invading immune cells went down by 50%.

This study could lead to further research as to whether a chemical version of fire ant venom can reduce the symptoms of psoriasis in humans. Currently, however, the team lacks approval from the FDA to conduct further research. It may take over a decade to test the new treatment and obtain approval for human use.

If the treatment eventually does receive FDA approval, many people may be skeptical about smearing their skin with a substance inspired by fire ant venom. However, if you think applying toxins even in small doses can be harmful, there are many examples that can persuade you otherwise. Dr. Arbiser highlights one: “Botox (Botulinum toxin) is one of the most toxic of all known substances to humans. But when delivered locally, [it] is not toxic but instead very beneficial.” Botox is used for a variety of purposes, from preventing cosmetic blemishes , like wrinkles, to treating major health issues , like neck spasms and chronic migraines.

Fire ants may seem frightening, but a treatment inspired by their venom may prove to be very beneficial, even to the many prominent stars impacted by psoriasis. The short-term topical treatments currently available can have dire side-effects if applied for a long duration. So, a watered-down version of solenopsin could potentially be just what the doctor ordered.

Japtok, Lukasz; Bäumer, Wolfgang; Kleuser, Burkhard. “Sphingosine-1-phosphate as signaling molecule in the skin” Article stating the relevance of between Sphingosine-1-phosphate (S1Ps) and anti-inflammatory actions of the epidermis. https://www.ncbi.nlm.nih.gov/pmc/articles/PMC4479432/#:~:text=Sphingosine%2D1%2Dphosphate%2  (S1P,keratinocytes%20and%20induces%20their%20differentiation.

“Everything You Need to Know About Psoriasis” Article informing the various symptoms and causes of psoriasis. https://www.healthline.com/health/psoriasi

Jack Arbiser, M.D., Ph.D., is a professor in the Department of Dermatology at Emory University. His expertise includes lichen planus, melanoma and skin cancer.

Manya Oswal is a senior in The International School Bangalore, India. Manya loves biochemistry and its various aspects that could affect the animal kingdom.