Nearly 170 million people live with diabetes worldwide and this number is expected to double by 2030. Out of these individuals, 15% are affected by painful foot ulcers known as diabetic foot ulcers, or DFUs. While DFUs may not sound very threatening, they are the leading cause of amputations in the world. To put that into perspective, every 30 seconds a lower limb is amputated and 84% of those amputations are caused by DFUs. Despite those overwhelming statistics, there have been few advancements in the treatment of DFUs. 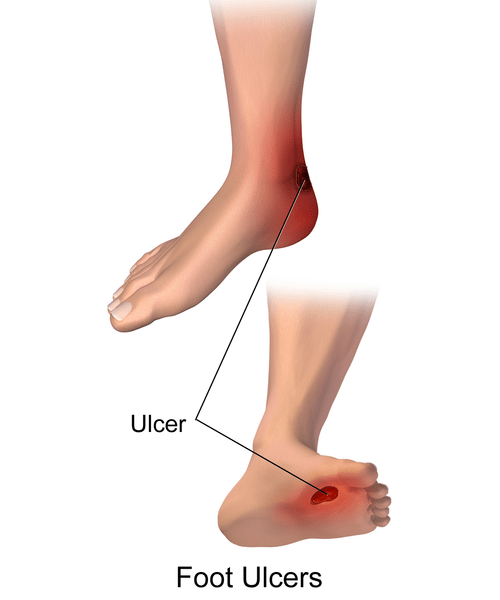 Current treatments for DFUs include using appropriate footwear to avoid putting weight on the affected foot, employing antibiotics for infection control, and debriding the wounds. Debridement is one of the most important components of treatment, encouraging wound healing and decreasing the risk of infection by removing dead tissue. That’s where the maggots come in.

Believe it or not, a treatment process known as maggot debridement involves applying the larvae of Green Bottle flies to the open wounds and allowing the maggots to eat away at the dead tissue while secreting proteins that heal the wound and inhibit bacterial growth. While maggot debridement helps keep infection at bay, studies have shown that it doesn’t reduce the healing time of these painful wounds.

Treatments like maggot debridement have often led to long treatment times and high medical costs, leaving patients hopeless and in pain. Recognizing the devastating effects of DFUs and the ineffectiveness of the current treatments, a team of researchers from the North Carolina State University and Massey University headed by Dr. Max Scott has set out to change this.

The team’s goal was to genetically engineer the maggots used in debridement to secrete a unique protein known for promoting wound healing, which would make the therapy more effective. To do this, the team fed maggots a diet that lacked an antibiotic called tetracycline. This resulted in high levels of the target protein found in the bodily fluid and secretions of the maggots. Now, the next step in the research is to prove the treatment’s success using the genetically engineered maggots to treat rat models with DFU-like wounds.

With this advancement, maggot debridement may become a more viable biotherapy for treating DFUs. Not only may wound healing take less time, but it will also cost less as maggots can be raised in virtually any facility with good ventilation. If Dr. Scott and his team are successful, this creepy-crawly treatment could be made available to millions of people suffering from DFUs all over the world.

Dr. Maxwell Scott, who is from Perth, Australia, received his BSc (Hons) from the University of Western Australia in Biochemistry and his PhD from Baylor College of Medicine in Molecular Cell Biology. He is currently a professor in the Entomology Department in the College of Agriculture and Life Sciences. His interest in genetics started in high school and he considers himself more of a geneticist. When he’s not in the lab, Dr. Scott likes to fish, enjoy a movie, dabble in music, and tend to his garden.

This article was written by Elifsu Gencer. As always, before leaving a response to this article please view our Rules of Conduct. Thanks! -cSw Editorial Staff