From Lab to Market: An Intergenerational Discussion

Home » cSw in the News » From Lab to Market: An Intergenerational Discussion 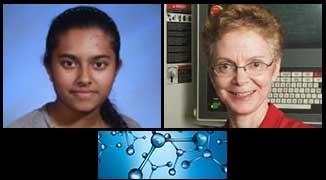 Westchester Biotech Project, Young Women in Bio and curiousSCIENCEwriters hosted a webinar on April 29th, 2018. The guest speaker was Ms. Judith Sheft, Associate Vice President of the Technology and Enterprise Development Center at the New Jersey Institute of Technology. Ms. Sheft oversees programs, policies, and procedures focusing on patent creation, intellectual property evaluation, and the protection of IP assets. She has a BS and MS in Mathematics from the University of Illinois and an MBA in International Business from the Wharton School at the University of Pennsylvania.

The Sunday@7 webinar offered unique insights into the world of research, the process of commercialization, the role of women in STEM (and STEAM), and the role played by accelerators and incubators in taking research from the lab to the market.

Articulate and down ­to­ earth, Ms. Sheft highlighted the need for close coordination between academia (faculty and researchers) and industry (investors and attorneys) to ensure that the interaction between technology and business takes place seamlessly so that important discoveries get taken to the market. She gave fascinating examples of current work occurring in research labs because of the partnership between industry and academia.

Ms. Sheft noted the evolving trend of research across disciplines such as computing (AI and big data), sustainability (cleaning the environment, reducing pollution) and life sciences. After sharing a colorful story from her early career, she advised students to make sure to “get out of their comfort zone.” She advised taking courses in areas outside of one’s primary area of specialization, reading literature or magazines in unrelated fields, and joining clubs or organizations to expand one’s networking opportunities.

She clearly described the lifecycle of new product development from research to commercialization and highlighted factors that contribute to success. Research that has seen success in the market addresses the primary question, “who cares?” and has a clear goal and purpose. She also explained the difference between incubators and accelerators as well as the role each plays in the commercialization process.

Responding to a question from a viewer, Ms. Sheft said that women are beginning to play an increasing and important role in STEM. She credited this increase, in part, to unique interpersonal skills that women bring to solving problems. Though the percentage of women in STEM institutions is still quite low, universities like NJIT have a student and faculty population of approximately 25% women. She suggested that part of the explanation for the increase in the presence of women in STEM is due to a shift in focus from the “work­life balance” for women to “work­life integration.”

Reported by Akila Saravanan, Chief Editor at curiousSCIENCEwriters and Moderator of the Sunday@7 webinar: “From Lab to Market: An Intergenerational Discussion.”


curiousSCIENCEwriters is a non­profit organization that trains high school students to be effective communicators and bring complex science to the public through the power of story.

Hi science enthusiasts! I am a sophomore at West Windsor-Plainsboro High School North. I really enjoyed writing for cSw this year, and hope to return next year. Science is my passion. I have competed at the State and National levels for Science Olympiad. My hobbies include playing violin, piano and golf. I have a first-degree black belt in Taekwondo. I write articles for Youngzine (http://youngzine.org/), an online current events magazine for children. I hope reading articles by cSw writers will nurture your love for science.