“Well, I was always curious,” says a smiling Judith Neubauer.

As she passionately describes her fascination with animals, she also explains that her love for visiting places like South Africa helps to distance her from the occasional hassles of civilization. Then her entire demeanor lights up as she talks about her research. One breath at a time, Dr. Neubauer and her team are expanding on what we know about sleep apnea and how it relates to other bodily systems.

Hypoxia and the Respiratory “Pacemaker”
Dr. Neubauer, a professor at Rutgers-Robert Wood Johnson Medical School in New Jersey, has devoted her life to unlocking the secrets of the respiratory system by studying sleep apnea. She and her research team discovered that the “pacemaker” region of the respiratory network is oxygen-sensitive. The pacemaker is a grouping of cells that controls how fast someone breathes. When the cells are exposed to low oxygen conditions, otherwise known as “hypoxia,” they increase their firing rate or the number of electrical messages sent to the brain. The person therefore takes more breaths in the same amount of time.

The Relationship Between Hypoxia and Hypertension
The respiratory pacemaker is located next to the pacemaker of the sympathetic nervous system, which regulates the body’s sympathetic actions. The interaction of these two systems is why a person’s breathing rate causes increases in heart rate. The adjacent location of the pacemakers also explains why hypoxia, as well as issues like sleep apnea that cause hypoxia, are often associated with high blood pressure. 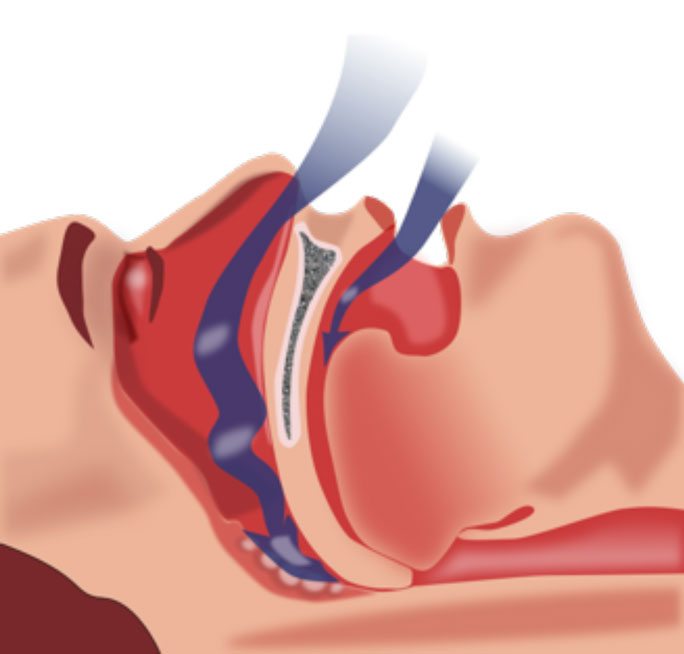 A blocked airway, or when the soft palate located in the back of the mouth collapses against the throat, causes obstructive sleep apnea.

Working to Understand Sleep Apnea
The respiratory pacemaker provides key insight about sleep apnea, which is a potentially serious disorder that affects 22 million Americans. People suffering from sleep apnea repeatedly stop breathing while asleep and wake up when rising carbon dioxide levels in the blood alert the brain. Most of those affected do not realize that they have trouble breathing even when they wake up, leaving this serious condition often overlooked and undiagnosed.

In order to gain more information about sleep apnea, Dr. Neubauer uses mice as animal models, controlling the amount of oxygen they intake to induce localized hypoxia, or areas of low oxygen. Through this process, she found that the enzyme heme oxygenase, which can sense and alert the body of low oxygen areas, is induced by hypoxia only in the pacemaker areas. With further research, she and her team have deduced that not only can heme oxygenase sense hypoxia, but it can also act as a signaling molecule in both the respiratory system and sympathetic nervous system pacemakers. This enzyme will help scientists understand the effects of sleep apnea, because it can be specifically targeted to identify how key signals change during hypoxic conditions.

The team plans to examine whether the different versions of heme oxygenase produced by different polymorphisms, or genetic variations, change the response to hypoxia. The team has also come up with a new hypothesis: depending on the type of heme oxygenase produced by the particular polymorphism, a person will have no hypertension but longer sleep apnea, or vice versa.

Perhaps soon we will understand enough to cure this disorder and protect the many Americans who may not realize that they are living with a serious condition.

To put it simply, Dr. Neubauer cuts to the chase— “If you don’t breathe, you don’t live.”

This article was written by Vivian Qiang. As always, before leaving a response to this article please view our Rules of Conduct. Thanks! -cYw Editorial Staff

I'm excited to continue writing for cSw! I'm currently a senior at High Technology High School, and I've been contributing to cSw as a writer and staff illustrator since I was a freshman. A little more about me: I'm very involved in my school's Technology Student Association and Creative Arts Club, and I've been a competitive swimmer for my winter club team since I was seven. In my free time, I like to create digital art and write science fiction, as well as get involved in independent research.