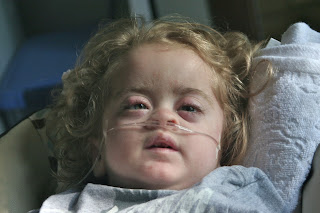 Rachel and Joe Walts joyfully welcomed baby Mia into their lives on May 21, 2009.

Early on in Mia’s short life, distressing and frightening medical problems began to appear. During her six-month checkup, the doctor noted she was underweight and had a buildup of fluid in her skull, which had to be drained with a shunt. Two months later, tests showed her spleen and liver to be enlarged. She stopped meeting her developmental milestones. As her health continued to deteriorate, Mia began losing her motor skills until she lacked the strength to sit up or even hold up her head. She required oxygen administered through a cannula to breathe, and had seizures. After countless tests and scary stays in sterilized hospital rooms, Mia was diagnosed with Niemann-Pick disease, Type A.

There is no cure for this type of Niemann-Pick disease. Yet, diligent researchers hope an unusual animal may help them find a cure for this fatal childhood disease – the Siamese cat.

What is Niemann-Pick disease?

Niemann-Pick disease is an autosomal recessive genetic disorder that results in buildup of lipids in the cells of certain organs. The lipids are not able to be broken down or stored properly and become concentrated in some or all of the following organs, depending on how severe the disorder is: liver, spleen, cerebellum of the brain, bone marrow, and the lungs (Genetics Home Reference, 2013). This accumulation of fat leads to organ swelling, which is ultimately fatal.

Where Siamese Cats Tie In

The Siamese cat exhibits symptoms analogous to those shown in humans with Niemann-Pick, Type A, making it an ideal model to study the genetics of this rare disorder.

Back in the 1980s, scientists at the University of Colorado were studying kittens with Feline sphingomyelinosis. These kittens had severe deterioration of the nervous system, which is characteristic of Type A. Most kittens died before reaching the age of one. Necropsied baby cats had enlarged and greasy livers and spleens. Also, cells swollen with fat were found in the lungs, bone marrow, liver, and spleen (Snyder et al., 1982). A similar study conducted seven years later presented almost identical results (Yamagami et al., 1989). 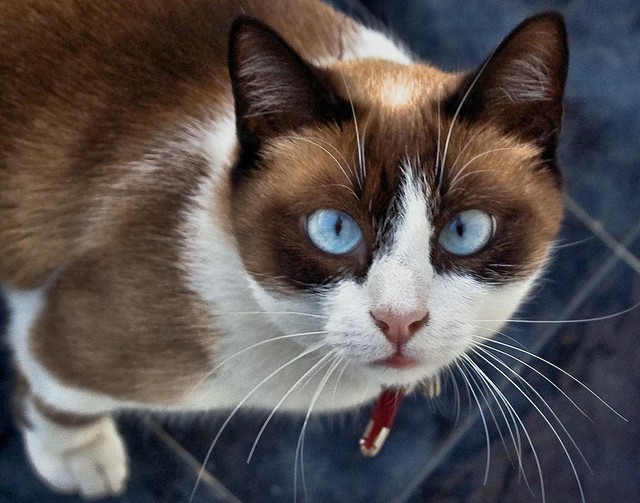 Siamese kittens can also display symptoms attributed to Niemann-Pick disease Type C, as shown in a 1994 study. Colorado State University developed and monitored a breeding colony, studying a total of 26 affected cats. The livers of these cats weighed five times those of unaffected cats, indicating severe enlargement due to the excess fat in each cell (Brown et al., 1994). Indeed, when liver cells were extracted, an abnormally complex lipid storage pattern was observed. Similarly, each affected kitten’s brain weighed 2 times that of the average, unaffected cat’s (Brown et al., 1994).

What’s Next?
Now that Siamese cats are available as genetic models for Niemann-Pick disease, in-depth studies on the biochemical properties of the disease are being performed. Therapies and drugs can be tested in animals that naturally exhibit the same symptoms as humans. Previously, studies on Niemann-Pick disease were performed on rodents with drug-induced enzyme deficiencies, which was less than ideal (Snyder et al., 1982). Although there are obstacles to be faced, researchers are optimistic that Siamese cats will speed the search for a cure or effective treatments for Niemann-Pick disease and give children like Mia a chance to grow up.

Siamese cats are a more accurate model to study human Niemann-Pick disease and may aid in the ultimate discovery of a cure.
[Graphic by Staff Illustrator]

This article was written by cYw25. As always, before leaving a response to this article please view our Rules of Conduct. Thanks! -cYw Editorial Staff

Hello! This has been my first time writing for cYw, and it has truly been a wonderful experience. I am so thankful for having the opportunity to research uncommon animal models and their functions in biomedicine, and it makes me very happy that I can contribute to the scientific community after it has given me so much. Being a part of thiss amazing blog allowed me to combine the two things I love most: science and writing. In my high school, I am an editor of the newspaper, as well as a member of the Science League Competition Team. I have always found medicine fascinating, and after working on my own research study and learning about animal models for cYw, I gained a new appreciation for scientists dedicating their lives to medical advances. Besides writing articles about science, I enjoy playing squash, baking, reading, and writing.